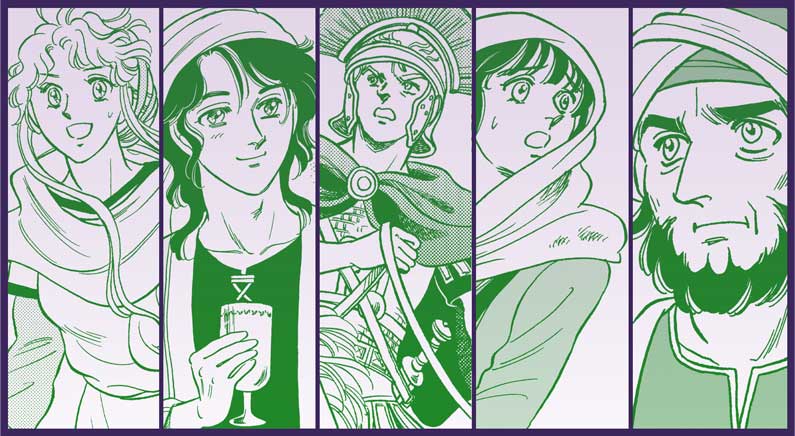 Continuing our series of artist interviews, next we’re talking to Ryo Azumi, a cartoonist who has illustrated five Waypoints manga so far, most recently this month’s “A Desperate Woman.” Today, in part one, she tells us a little about her background. (Note: this interview is translated from Japanese.)

First of all, can you tell us a little bit about yourself?

I was born and raised in Shinjuku in Tokyo. I am a professional manga artist and also teach manga illustration at a vocational school. My hobby is traveling, but recently I can’t enjoy it because of COVID, my health situation, and to save money. I’m proud to say that I traveled alone as a woman to Arctic Norway and Iceland. Recently, since I don’t go out much, I’ve really gotten into Korean dramas.

I was an indoor girl, so I was always drawing as far back as I can remember. When I was little, I became interested in Disney picture books and then in the manga of Tezuka Osamu; before long I started buying girls manga magazines, quickly moving down the “otaku” [geek] road (though at that time the word “otaku” wasn’t used).

How did you get started as a professional artist?

When I was a high school student, I started a manga study group and made self-published manga with my friends. I also tried submitting my work to publishers around that time. But those attempts didn’t bear any fruit.

After graduating high school, I studied in the anime [animation] department of a design vocational school for two years. There were no manga [comics] departments in those days. But I could learn the fundamentals of figure drawing, sketching and color theory there, so that was good.

At that time, I belonged to Japan’s biggest long-established manga study group called “Sakuga Group.” I was encouraged by more experienced people in that group and, full of youthful impertinence, I drew tons and tons of manga; because of that I was able to make my debut, getting published in a magazine.