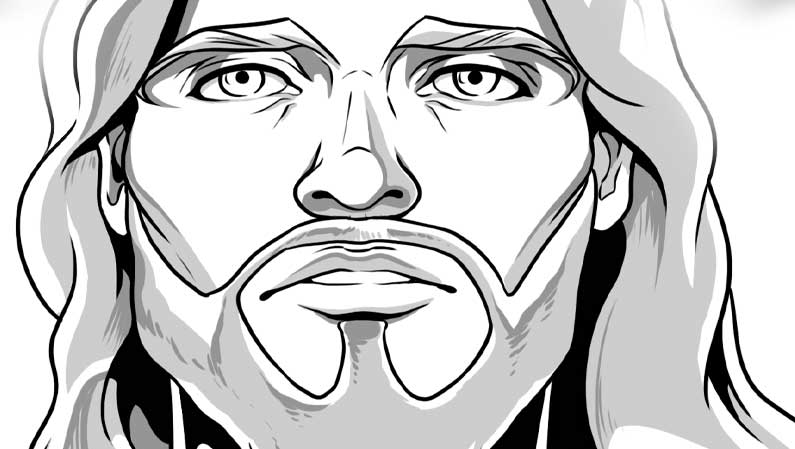 Starting this month, we want to give our readers the chance to get to know the Waypoints creative team a little better. First up… Youmin Park!

Youmin Park is a Korean artist, and is the illustrator of two Waypoints stories so far – “Two Kings” and “Who is my Neighbor?” We think you’ll agree she’s a talented and skilled creator. But how did she get started, and what brought her this far in her artistic career? Our writer and editor Robin recently interviewed her by email about her background and experiences as an artist…

First of all, can you tell us a little bit about yourself?

YOUMIN: I was born in South Korea and raised for a decade in South Africa as the daughter of a ‘tentmaker’ missionary. I graduated from the university with a BA Information Design degree. I’m most interested in drawing and illustration in semi-realistic and Japanese comic vibes; exploring colours and perspectives in illustration. I’m also into vintage, Victorian era, mediaeval fantasy fashion and its background. I’m currently a freelance English tutor for 3 years, being grateful for God’s blessing in this career and the wonderful kids I meet.

When did you first become interested in comics and illustration?

YOUMIN: My parents supported my drawing journey since I was very small, probably since I’ve drawn on walls and furniture. When I encountered Korean comics from girl’s magazines and imported Japanese comics in grade 7, I started to dream to be a comic artist. I also shared dreams of dedicating myself to comics and illustration with my close Korean friend in Korean middle school, who was dreaming to be a comic artist as well and is now residing in Japan to achieve her dreams in the game industry.

Our friendship and interest launched from loving Japanese comics. But my visual style started to change when I encountered Marvel and DC Comics for the first time. I deeply fell into their realistic visual expressions of various races. Interestingly, it seemed God prepared my heart to embrace ethnicity and diversity because my family soon dedicated themselves to church as missionaries, and we were sent to South Africa after my middle-school graduation. God blessed me with new acquaintances even in South Africa, who are into both Western and Japanese comics as well. We – including that Korean friend – are still connected and share interests and artworks with each other.

My dream, as it was becoming a comic artist, was slightly altered as I explored the field of character design, illustration, and graphic design while studying on the varsity. I would love to create my own illustration artworks combined with design elements and theories – eventually creating my own “signature style” as an artist.

How did you get started as a professional artist?

YOUMIN: An illustration lecturer suggested a freelance artist career when I was in 2nd year. Starting from a couple of commissions from guest lecturers, my freelance career grew [and included work for several international clients, including] some indie comic commissions from the US.

Who are some of your favourite artists, or biggest influences?

YOUMIN: I specifically do not have favourite artists. I simply fall into various types of artworks I find in research. However, I can’t help mentioning Japanese comics as the first and biggest visual and motivational influence on my dreams: Takehiko Inoue (*Slam Dunk, Vagabond) for his semi-realistic and delicate pen-stroked illustration; Naoki Urasawa (*20th Century Boys and other series) for his deep narration and messages; and other Korean martial art manga series (unfortunately they were only released in Korea).

What else inspires you artistically?

YOUMIN: Ethnicity and diversity I have experienced in South Africa; research in favourite interests such as mediaeval and Victorian background; music with good vibes and beats. However, most significantly, my relationship and connection with God the Almighty is my original inspiration: I always have a “little flame” (that’s how I FEEL) in me that desires to capture the essence of Heavenly things since I’ve accepted Jesus. I’m doing my best to be inspired to portray what the Holy Spirit shows or tells me.

Thank you, Youmin, for sharing your time and talents with us!

And for you, dear readers, if you haven’t already, please do read “Two Kings” and “Who is my Neighbor?” — the two Waypoints stories illustrated by Youmin. And to see more of her work, feel free to visit her portfolio page here! 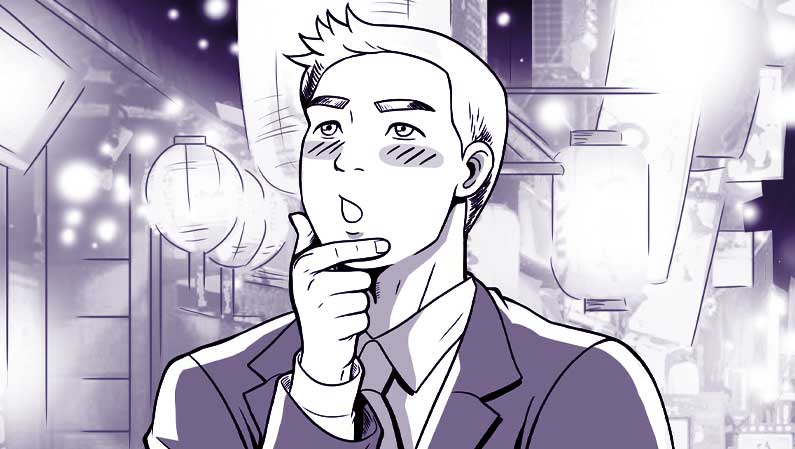